A passion for Seaweed

It was January 2001. Her passion for seaweeds finally took priority over everything else and Rosaria Piseri, an algologist of Italian origin, decided to follow her instincts, abandon her comfortable apartment in Milan, Italy, and move to an island that owes its whole history to seaweed: Inis Mòr, in the Aran Islands, County Galway. She wanted to learn more.

She had obtained a Diploma in Natural Science from Milan University years before. The texts certainly could not compare with what she would learn starting on a little island in the middle of the Atlantic Ocean.

The Ocean seemed like a splendid ‘Secret Treasure Chest’ to her, revealing its secrets more and more every day.

She returned to Italy to look for economic aid to allow her to make extraction experiments on site so that there would not be too much time between collecting the various seaweeds and processing them.

Extracting by boiling was not an acceptable system as too many of the beneficial properties would be lost. So she asked for the help of an old Chemical Engineer she had worked for years before. He directed her to one company after another but without success.

After knocking on every door and when she had lost hope of getting help, a young businessman from Genoa contacted her and decided to donate a special machine that could perhaps be used for extraction using a cold system and without employing solvents.

Rosaria returned to the island with her precious machine and began to carry out test after test, getting the results analysed and trying out the compounds on volunteers with skin problems. One of the most successful was the extract from a known anti-herpes seaweed which is still used today by hundreds of people in contact with Rosaria.

The local population was familiar with the practical uses of this precious gift from the ocean as it is part of their ancient popular tradition. Yet apparently, as is the case everywhere else in the world, things that remind people of a period of poverty are partly forgotten about to make room for the culture from the other side of the ocean that has insinuated itself into our homes through the mass media: ready-to-eat fast foods instead of the old popular tradition of simple but genuine and healthy ones! What have we lost?

But O’Flaherty’s old film, ‘Man of Aran’ remains in the heart of every islander, recalling their origins, the great traditions and, today, it projects its message of wisdom towards the world!

Rosaria knew that the presence on the island of over 400 floral species typical of three different eras millions of years apart – belonging to alpine, arctic and Mediterranean flora – told a story linked to seaweed. Before the monks made this island an oasis of prayer and meditation in the sixth century the possibility of living here was practically zero: rock and limestone, little soil between one limestone slab and the next, and insufficient possibilities for cultivating a field and raising livestock.

But their love of this place of unquestioned charm was greater than the fatigue of using their own hands to build up the fertile soil that was lacking. The small quantities of soil were extracted from the fissures between the stones and mixed with sand and seaweed.

Dry walls were erected to protect future crops from the wind and survival began to be possible. The result that tourists can admire today is a green isle where the grass is strong just like the positive stubbornness of the native population. 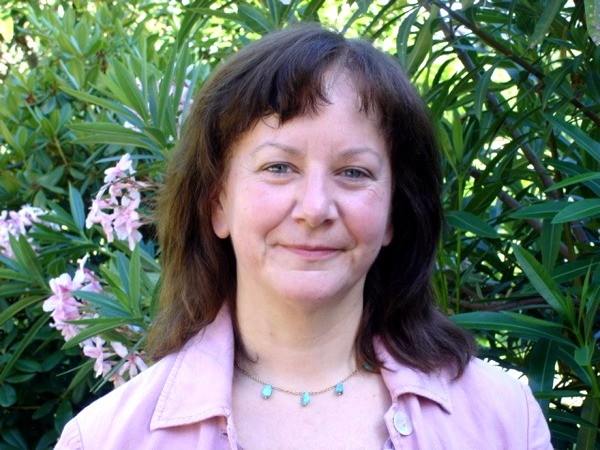 Rosaria, with the support of several experts in medicine, homeopathy, agronomy and cosmetology had carried out researches for years with various extracts of Irish seaweeds, without reasonable expectation of gain but out of a simple passion for furthering knowledge.

The result of all this study is: 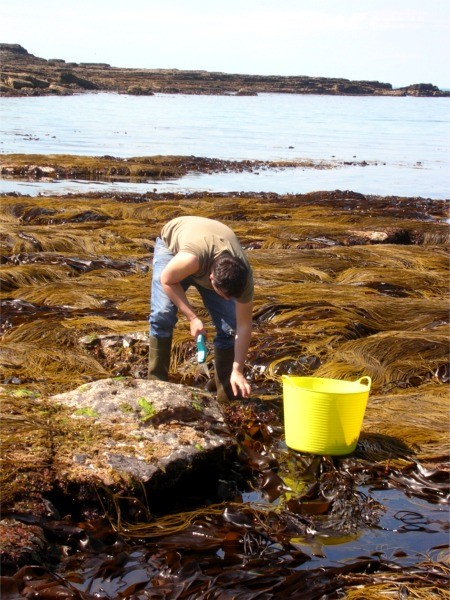 Rosaria, with the support of several agronomists, had carried out field research for years with various extracts of Irish seaweeds, without reasonable expectation of gain but out of a simple passion for furthering knowledge.

The dealers of common fertilizers had no longer wanted to handle seaweed for years when Rosaria and her collaborators began to propose it to farmers in 1996. They deemed it to be of little economic value and claimed it gave unreliable results. At the same time, in countries where livestock hade been raised for centuries with pure pasturage integrated with seaweed, such as Great Britain, they still preferred to use cheaper feedstuffs… a pity that this went against all the laws of nature and upset the poor animals, increasingly pumped up for the sole purpose of being transformed as quickly as possible into steaks and with increasingly weakened physical structures.

It seemed that the cattle had a different physical structure on the island of Aran and not just because the animals only grazed on pasturage but also because the grass grew exclusively on land largely composed of seaweeds composted over time which, with their wealth of 60 minerals, amino acids, vitamins and phyto hormones, evidently transmit exceptional nutritional characteristics to the vegetation and to those who eat it. When the mass media announced the serious Foot and Mouth Disease epidemic in 2002, an old emeritus professor, Francesco Garofalo, an untenured professor at Turin University and correspondent of the Accademia Agraria in Pesaro, a great champion for years of the use of seaweeds in agriculture, livestock breeding and human health, with particular regard in this specific case to the alga, Lithothamnium calcareum, remembered that he had diligently kept a document dating back to 1959 which could be useful now.

Rosaria phoned him to say hello after meeting him a year earlier at a conference in which they were both speakers on seaweeds. Rosaria often found herself believing that seaweeds can solve this health problem or that one, but if there is no proof or if the proof is hidden, as often happens in our crazy modern world, there is no point in telling others. So even in the case of foot and mouth disease it seemed pointless to her to propose such a simple recipe as a ‘mere’ seaweed.

However Prof. Garofalo immediately grasped the occasion of this conversation with a supporter of his ideas to provide proof. It was in one of his 1959 folders (link to page 5 to 8) and he asked for help to publicize it. This was because if the chemical industry were to find a pseudo-magical formulation to solve the problem the media and the specialists might even become interested… but how would a specialist from the Ministry of Agriculture react if a professor from another age and a woman out of the ordinary were to scream to the world that the solution was there, a few metres under the surface of the Atlantic Ocean on the coats of the West of Ireland and North of France?

Rosaria took the trouble to send a copy of the document reproduced below both to the Irish Ministry of Agriculture and the Italian one. The Irish one replied with two lines of sterile thanks for the information while obviously there was no sign of acknowledgement from the Italian ministry!

Established in 2004, Algaran moved to Donegal, where it is now one of the tourist attractions of the area.

The formulation of AlgAran products was guided by a Pharmacologist with a master’s degree in Biological Cosmetology and an homeopathic doctor. Today AlgAran Teoranta offers natural and organic certified products, does not use genetically modified raw materials, colorants or harmful chemicals, petroleum derivatives, Paraben preservatives, or carcinogen detergents such as Sodium Laureth Sulphate.

AlgAran mainly sells by word of mouth but also takes part in markets and national and international fairs. Furthermore, for social commitment reasons, AlgAran decided not to use materials deriving from cheap Chinese labour for its gift wrapping and has joined the “Irish Manufacturers Fair Trade” initiative which certifies that its products have really been sourced, manufactured in Irish territory (not imported and sold with a false label of origin) and most of the profit is distributed to the local producers.

AlgAran decided not to use costly advertising in order to maintain a fair price for its products and render them accessible to everyone. 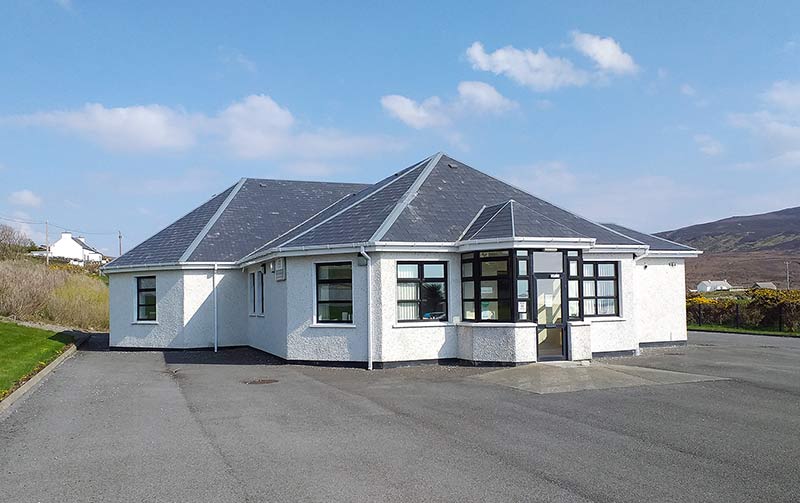