The taste of this seaweed is very acceptable, being exempt of any fishy flavour

When cooked with legumes (beans, peas, etc.) it will neutralise the formation of unwished fermentation in the digestive system

When cooked in sauces or soups it will be very difficult to distinguish this seaweed from any other green vegetable. 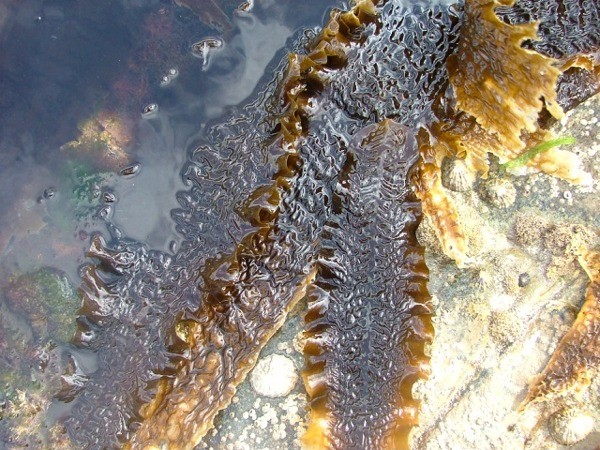 So what is Kombu? It is often translated to “Kelp”. Kombu is one type of kelp but it is not giant kelp which is more commonly found in Europe. Kombu that is used in Japanese cooking is species kelp that is found in the sea around Hokkaido area. (North of Japan), so kombu is different from giant kelp.

If you’ve ever seen or bought kombu and it’s had a white powder coating it, it’s easy to think that it’s bad quality, dirty or sea salt, however, it isn’t. So what is it? It’s actually glutamic umami called Mannit. They are nutrients derived from kombu and have no harm to the body. When kombu starts to dry out, water evaporates but umami doesn’t, and it stays as white powder on kombu. If you mind about white powder, wipe lightly with a kitchen towel.

Browse Our Range Of Products