Irish Umami (from Kelp Seaweed Laminaria digitata) is a natural flavour enhancer which can help low salt diets without penalizing the taste of the food preparations.

Umami is a Japanese word, as it was there it was discovered the presence of this volatile compound, the so-called fifth taste, besides sweet, sour, salt and bitter. Only in the last century, the Industry discovered that Umami could be synthetized in a food enhancer called Monosodium glutamate, the common ingredient of the stock cubes.

Although Umami and Monosodium glutamate have the same chemical structure, Kelp seaweed Laminaria contains many more extra nutrients that makes it a delicious supplement giving to all food preparations both flavour and health. Algaran Laminaria digitata (Kombu Seaweed) can be added to stews, sauces, soups, etc. in small amounts. A few grams are enough (2 to 5g per day per person) to be considered a Natural Salt replacement. Once cooked, Laminaria loses the marine taste, however, the best culinary results of this Irish Umami are obtained in seafood preparations, especially Fish Soup and Seafood Chowder.

Other types of Seaweed which have a natural content of Irish Umami are Alaria esculenta (Irish Wakame) and Saccharina latissima (Irish Sweet Kombu). 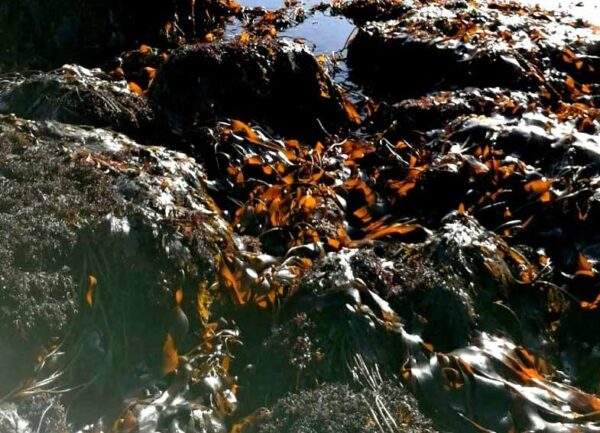