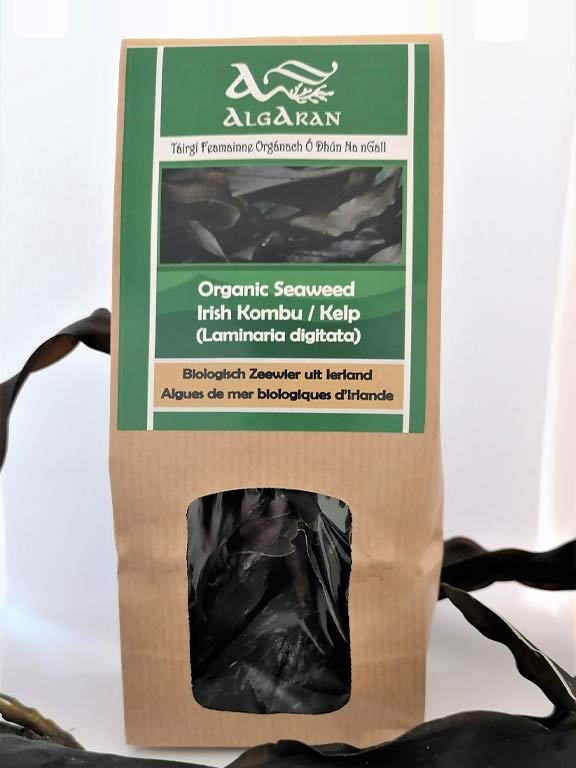 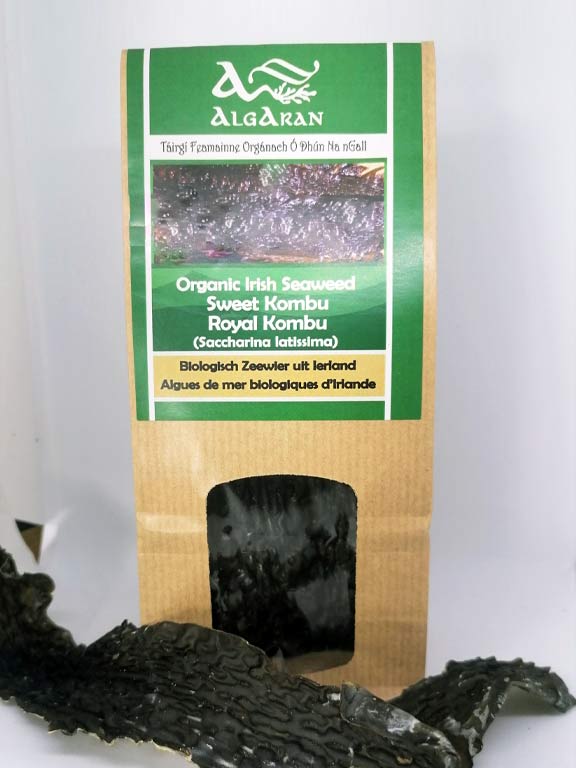 Kombu seaweed is one of the most abundant Irish Kelp species.

Its Latin name is Laminaria digitata, while the name Kombu is what it is called in Japan.

Kombu seaweed is commonly used in Japan to add flavour to all preparation, as it naturally contains a flavour enhancer called umami. Algaran is producing an Irish Umami food ingredient, which is a combination of seawater and kelp seaweed juice.

Algaran produces an effective line of Seaweed beauty products. Seaweed Oil (extracted from fresh seaweed) is beneficial to moisturize and heal the skin. Adding seaweed to the hot water iis quite common in SPA resorts, but you can buy seaweed online (Kelp seaweed or Fucus serratus) and make your own home seaweed bath.