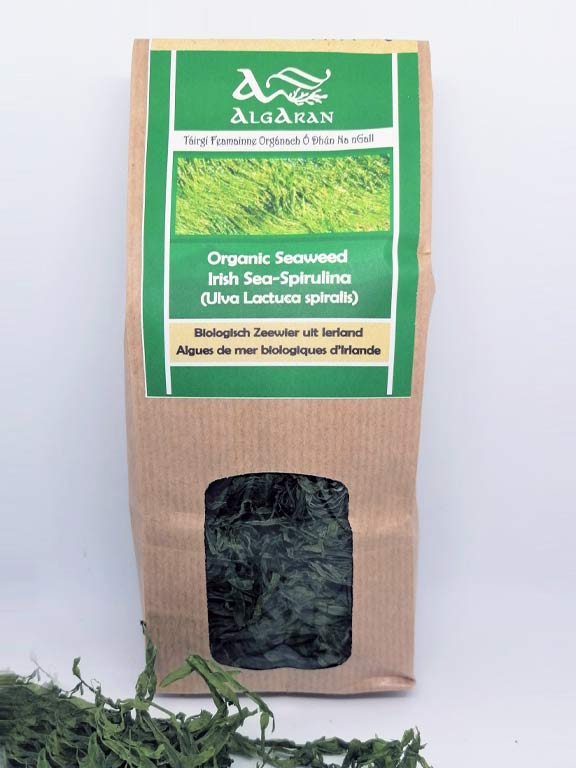 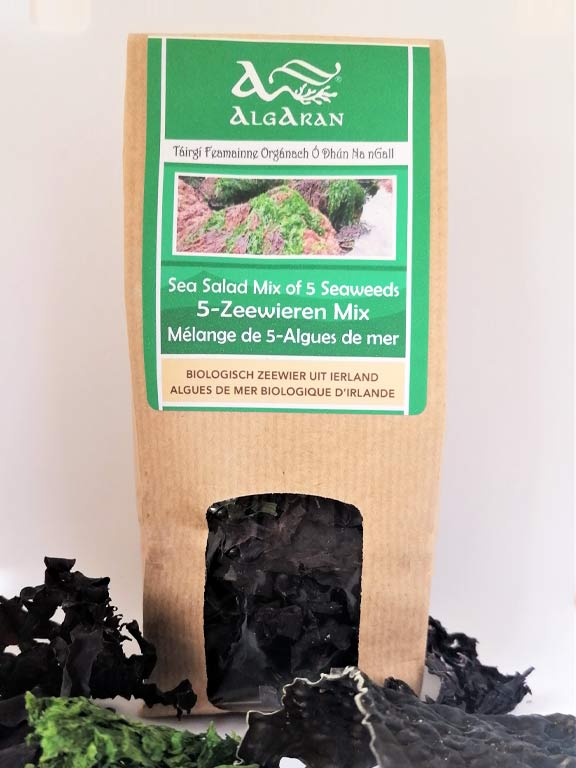 Spirulina seaweed (Irish Sea Spirulina) is not to be confused with the Blue-green microalgae, which is farmed in open ponds/lakes.

Algaran Sea Spirulina is a bright green macro alga called Ulva lactuca spiralis. It grows shortly after the winter and get bleached by the sunshine during the summer.

Sea Spirulina is noticeably light and flakes easily when crispy dried. It is the ideal ingredient for healthy smoothies, melting almost completely with the other ingredients and giving a pleasing green colour to the drink.

Sea Spirulina seaweed has a slight marine taste and smell but, when cooked, it doesn’t affect the taste of the food preparation and adds precious nutrients to it.

All the Ulva species contain both water- and fat- soluble Chlorophylls, which are proven to aid the slimming diets.

Sea Spirulina is abundant on the Irish shores and sometimes it extends its growing season until late summer, especially if the weather is not too dry and sunny.

Ulva lactuca (traditionally called by the ancient romans Sea Lettuce) was consumed as tasty vegetable to complement their diet and it was mentioned in old Latin scriptures.

This means that until the first centuries A.D. it was growing in the Mediterranean Sea, until the weather conditions and advanced pollution made the environment unsuitable for its growth.
Algaran edible seaweed are harvested fresh from the shore.

The demand for Irish Seaweed in the world is increasing exponentially as the Atlantic Ocean, especially the shores on the west coast of Ireland, are the cleanest in the world.